This little boy of mine... I've had him in my life for five years!! Five freaking awesome years!!!

Seriously where did this time go?

I've been reading all of my old blogposts around his birthdays in the last five years and they are making me so nostalgic... I'm so glad I documented as much as I could of this experience!

My posts where I give my two bit advise on parenting and mother hood, show me today how I dealt with it all.. dealt with this teeny tiny little baby... who was everything to me and to whom I was everything!

At five I go from thinking he hardly needs me to him still being a baby!

I mean I do feel he needs me less. He does so much on his own... but not just in terms of needing me to do stuff for him, I just think he's simply grown up now. He's a big big boy. He can brush off a fall, he can run off to the loo, he can walk into a room and make friends!

But despite that there are those few, now rare moments, when he still does need me. When he suddenly looks like a baby and he comes and he curls up into my lap, barely fitting, his super soft cheeks resting on mine... and I feel like if I can just hold on to this baby a little longer ... just pause this moment a little longer... just freeze this baby and me together!!!

Because really, he's soon going to become a big boy... and I'm going to miss him and his teeny tiny self so very much!

Its his birthday tomorrow and I've just found pictures from his last four birthdays... and you can just see him grow in them... and I loved it! 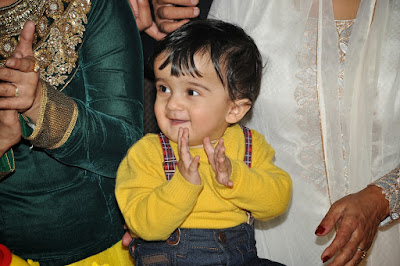 First Birthday!
Minion party!
My favorite thing about him - His toothless smile! 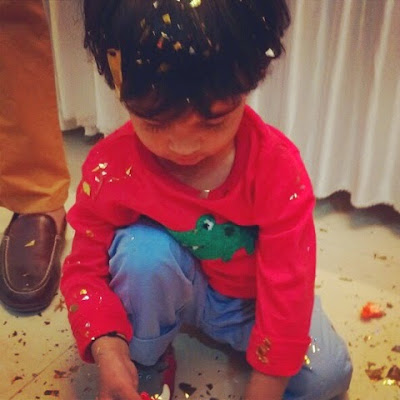 Second Birthday
Animal Safari Party!
My favorite thing about him - That he would repeat everything I said.. in his adorable baby way! 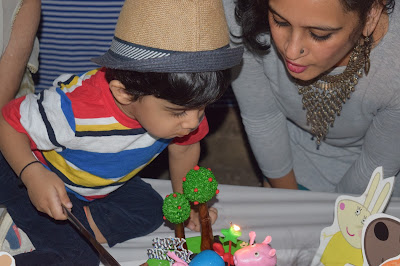 Third Birthday
Peppa Pig Party!
My favorite thing about him - His dancing and singing! 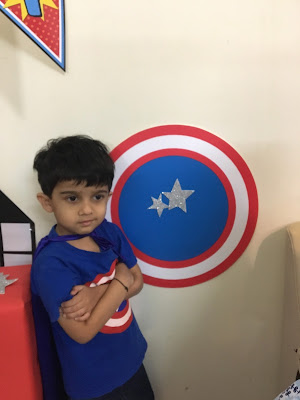 Fourth Birthday
Superhero Party!
My favorite thing about him - His stories and his non stop drama!

And now we are gearing up for his 5th birthday...  We're having a little dino party for him!!!

And as to what my favorite thing about him is: The last bits of baby-ness in him- basically his soft soft cheeks!!! 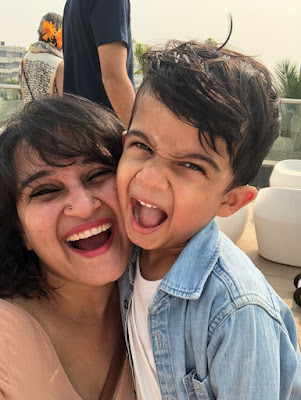